History
The Květná glassworks is one of the longest-running glassworks in Czechia. It was built in 1794. The glassworks was founded by Prince Alois I of Liechtenstein. The location for the construction was chosen very carefully in the center of beech forests near Uherský Ostroh in the cadastre of the village of Strání, a site of quality glass sand. The smelter, equipped with two melting furnaces, offered work to people from the surrounding area and other localities of the Liechtenstein estates from Slovakia and Austria.

At first, the glassworks focused mainly on the production of sheets and various utility table glass. The smelter began to produce higher-quality and more exclusive types of glass in larger plants only in the middle of the nineteenth century when it was bought by the Austrian businessman Josef Zahn. His son, Emanuel Zahn, built another glass kiln and introduced the production of fine crystal glass, decorated by grinding and engraving.

It was Emanuel Zahn who brought in experienced glassmakers, who brought with them new techniques and methods of glass processing. This led not only to a rapid improvement in the quality of the products, but also to an expansion of the range and, in particular, to modernization according to artistic impulses from Viennese art circles. In connection with this, the name of the glassworks was changed in 1894, when the local name Květná (Blumenbach) began to be used. This name soon becomes a hallmark of quality and is sought after on world markets.

Zahn & Göpfert set up showrooms and warehouses in London, Paris, Berlin, and Hamburg and exhibits at world trade fairs in Leipzig. As the second glassworks in Europe, Květná introduced etching decoration as early as 1897. At that time, variously decorated table glass was exported to the USA, Africa, Australia, Egypt, Scandinavia, Austria, Germany, and Switzerland.

The glassworks maintained production even in the first half of the 20th century. After nationalization, it continued to operate and between 1961 and 1990 it was one of the plants of the national company Moravské sklárny in Květná. After 1989, there were several properties and ownership changes, important milestones were the years 2011 – 2018 when the Květná glassworks belonged to the Crystalite Bohemia glass group, which was founded in 2009 by the entrepreneur Lubor Cerva.

After the division of both plants in 2020 due to the sale of the group, a new company was established, Cerva Bohemia and subsequently KVĚTNÁ 1794, which are currently the operator of the glassworks in Květná. 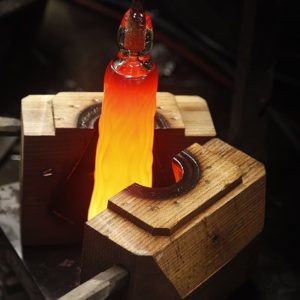 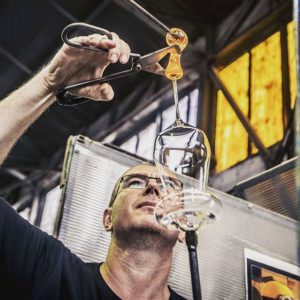 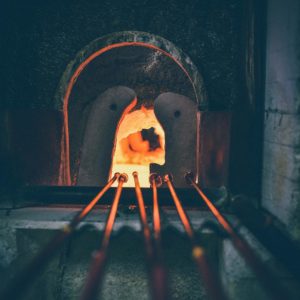 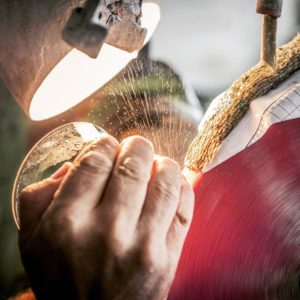 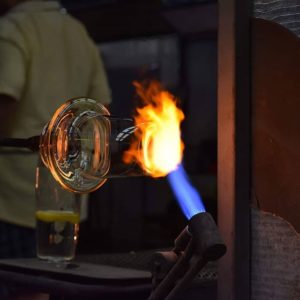 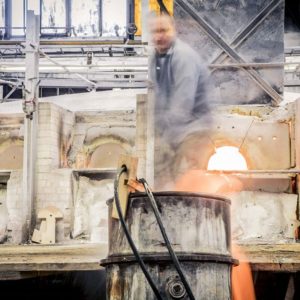 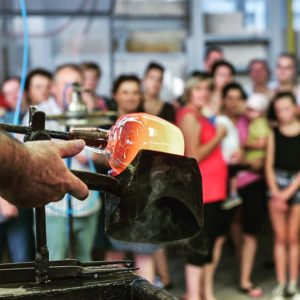 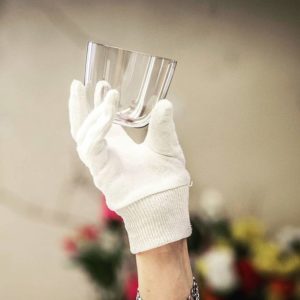 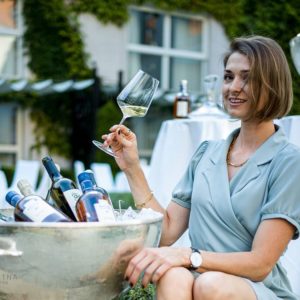 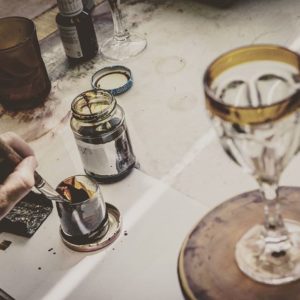 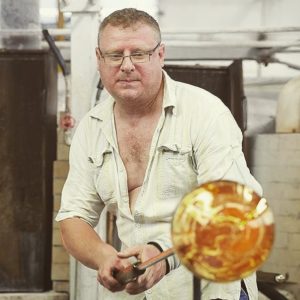 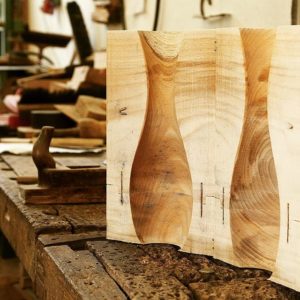 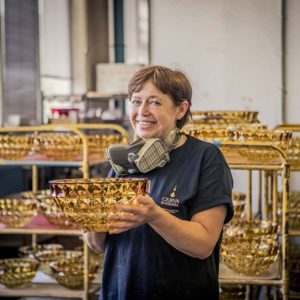 What we do
History timeline

Prince Alois of Liechtenstein established a glassworks in Strání, later the name Straňanské Hutě was adopted.

The Jew Isaac Reich, the founder of the Reich’s glass dynasty, took over the management of the glassworks. Reich managed to resume production to the previous extent and make the glassworks famous

The glassworks was bought by a Viennese glass merchant and businessman Josef Zahn. The partners of Josef Zahn a spol. in addition to Josef Zahn, Karel Zahn, Anton Zahn, Ignác Zahn, Franz Zahn and Emanuel Zahn. Their intention was to restore operation in the glassworks as in a modern rebuilt industrial enterprise. As a result, the glassworks in Květná completely detached itself from its ties to Liechtenstein.

The name of the glassworks is changed, when the local name Květná (Blumenbach) began to be used. This name soon becomes a hallmark of quality and is sought after on world markets.

Zahn & Göpfert sets up showrooms and warehouses in London, Paris, Berlin and Hamburg and exhibits at world trade fairs in Leipzig. As the second glassworks in Europe, Květná is introducing etching decorations.

The glassworks was bought by Synex s.r.o., it was a former politician and founder of ODS, they bet on design glass, which turned out to be a bad step a few years later, when the indebted company was bought on January 6, 2011 by Mr. Lubor Cerva through his company Crystalite Bohemia s.r.o. and thus saved glassmaking and production in Moravia.

Lubor Cerva buys Moravské sklárny Květná, which are listed under the same name Crystalite Bohemia, to complement the automatic production in the lighting establishment, where it continued to focus not only on its own manual production, but also on the decoration of products from automatic lines.

The glassworks in Květná separated from Crystalite Bohemia and was renamed CERVA BOHEMIA and continues to produce lead-free crystal products, which are imports to all European countries.

Lubor Cerva joined forces with entrepreneurs Ondřej Jelínek and Jan Tesař with a vision to devote himself to the hand-made production of Czech crystal in the highest possible quality.
The Květná glassworks operates as an independent entity on the Czech market and abroad – it manufactures and sells its products under the Cerva Bohemia and KVĚTNÁ 1794 brands.